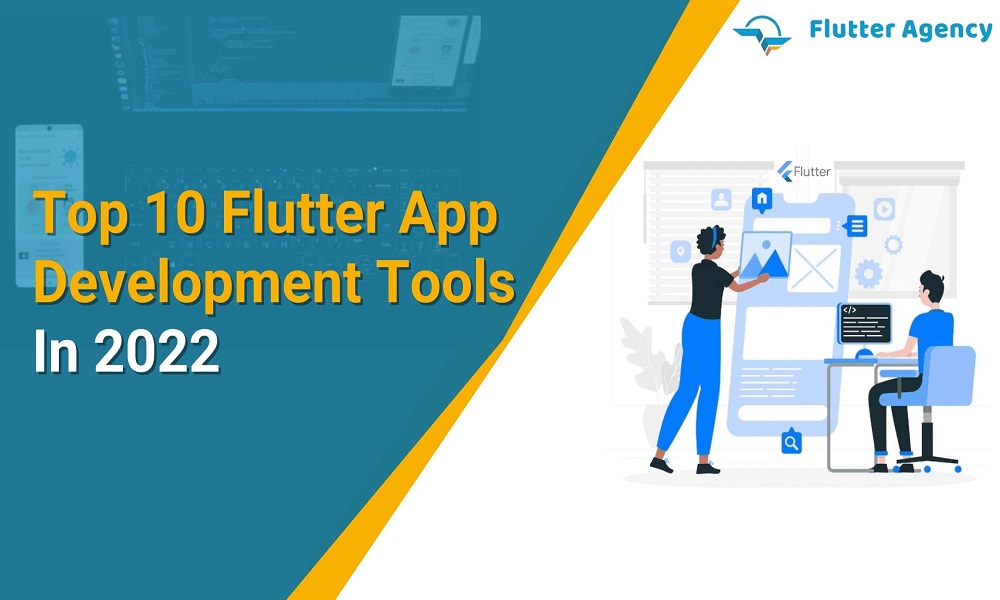 Flutter is the most efficient cross-platform framework for app development. It has achieved popularity in the industry, due to its automated code completion, graphical support, rapid debugging and the active community. It is also a reusable code which runs on both platforms.

The most important feature is the widget library. Flutter is a hub of customized and personalizable dropdown menus, floating buttons, font styles having multiple layouts and amazing animations. In other words, Flutter tools are the leaders of their UI framework in 2022.

Flutter also helps the developers to perform the various functionalities with the use of additional tools which will expand the features of the app. A buildable system, brevity and flexibility make it a great tool for mobile app development.

Being a successful framework, Flutter app development services plays an vital role to keep your business in line with the digital transformation movement. Companies have the opportunity to select a various number of app development tools for launching its app. This technology simplifies the code for the programmers.

If you do not have any idea with the leading Flutter development environment tools then this article will definitely help you. By knowing the best option for the mobile application development tools Flutter edition will considerably enhance app development procedure with more quickness.

Mobile app development is a way which the user think that they get everything with a single touch in their hand and do not have to go anywhere physically. As per the statistic, in May 2022, YouTube ranked first with 75 percent of its audience in the U.S., whereas Facebook ranks second with 52 percent of its audience. However, once downloaded the navigation app, more went to the third position with 47 percent of the audience.

Android studio is one of the great Flutter design tools which is used by a huge number of experts for creating smarter apps. Furthermore, it has the most influential IDEs in the market today. It consists of syntax highlights, widget edits and the code completion procedure. It also eliminates a requirement to download and install the tool, which enables designing and launch of the application on android gadgets or emulators.

Wizard dependent on templates will facilitate previews of layout on the multi-screen configurations, emulator debugs,run and verify the app operations. It will also check the usability and version compatibility of an app. Android studio for Flutter gives the code completion functionality to expertise which makes an ease for them while developing the app. After a code is compiled, you can publish it on the Play store if it has gone through all the developer policies.

It is a Flutter visual editor if you need assistance for the code with JavaScript, C++, Python or Node.js. The main benefit of using the visual studio code is that it is free and an open-source tool. It is for the expertise who works on code editing for Linux, iOS, and window apps, and this building of Microsoft will make the work easy. The functionalities which are offered is given below:

As these functionalities of Visual Studio Code are lightweight and robust, it has the limitations to handle the complicated flow of work. It is the way to improve a single drawback by using the full-featured IDEs which are available. Visual Studio IDE is an example to assist the programmers which will work on difficult structure with the Visual Studio Code. As it is user-friendly, a simple control is learnt in a short time, which makes it more impactful on the top-most flutter apps.

A new and advanced plugin was launched by Adobe to implement and design apps, websites, voie interface, and the games among others. The most important feature is Adobe Creative Cloud, which aids the designers in converting the images,text or animation to the interactive and fully-functional prototypes. Adobe XD plugins are used to have multiple events on an app. Another benefit is, Acrobat public APIs are used in ANSI C/C++ programs. An expert can now simply cooperate with an app designer, by understanding the way as they anticipate in app graphics. Adobe XD generates the dart code so that the designing components are directly stored in the codebase. If your clients demand engaging, unique and attractive apps , Adobe is the perfect choice for Flutter mobile app development.

The Firebase Auth Flutter tool has a number of functionalities from crash reporting and messaging to a real-time database. The other crucial features are code authentication, remote configuration, machine learning and cloud storage. Firebase Flutter APIs can be clubbed together on the only one SDK, which is good for the developers to remain more organized. This tool will also help to customize apps for onboarding flows, build new functionalities and improve the user engagement.

To use this tool you have to install the extension of this from chrome. After Installation, you can get the advantage of this extension and programmers of the Flutter coding emulator on your gadget. With this, you can share the devices across the globe, where a development team from any location can control the screen and have access remotely. For distant clients, you can view their Flutter apps before it is launched in the market. It makes the development and testing phases client-friendly.

The instabug tool is the best for those who want immediate contextual knowledge for mobile applications. For Flutter development we have the some functionalities like:

This tool sends the crash reports and merges with all device information as well as a logo which is very useful when you have to search soft spots on the individual devices. Hence, the Flutter SDK helps users report crashes and bugs without leaving an application.

If you wish to develop the secure and seamless payment system for your app, then Square is the best tool for development. It provides the facility for an in-app payment platform which is in-built. Experts and the business owners do not have to worry about details of the customer’s card and the ewallet which is stored. It also removes all the complexities which have been during checkout and payment processing. Intuitive UX is developed to deliver prompt and precise card entries, by reducing checkout time for the mobile apps which have the personalized user interface.

Test Magic is a completely free mobile app for distributing and testing the iOS and Android beta releases. It helps to download CI/CD which is built on the connected devices and distributing them. You can gather the user feedback and upload the screenshot for the better functioning of the app. The best part is that it is integrated with Codemagic, the other Flutter app development tool, for adding the test devices and the provision profiles for the better-managed iOS debugging tool. It is used for accessing the mobile builds from any of the CI servers.

For the programmers who want to run the native apps on the browser, Appetize is the great online web-based iOS simulator and the Android Emulator. It delivers efficient customer support, training, testing and development. This flutter add-on tool enables smooth functioning of native apps in the browser. If you require to add the streamline functionality in your app, Appetize simplifies it!

If you are an experienced developer, you will already be familiar with how CodeMagic is the industry most recommended CI/CD tool. An internal functionality with Futter provides the developers an expansive scope to work with. Creating an app with this too, becomes very convenient, no matter what the platform is. It can create the app UIs on the iOS, React Native, Android and Unity. In an UI build configuration having the help of icon widget to assist the experts. The quality of an extensive documentation is objective, updated and valuable.

Why Clients love us?

Flutter Agency team is a very good developer team. They have a very broad knowledge. They understood exactly my concept and have helped to make it mature. They supported me all the way to production. You can see the final product in the App Store HipMeal.com. I will keep working with Flutter Agency in the future.

1. In which language the Flutter is written?

Dart, the fast-growing modern language is optimized for the client application. An underlying graphics framework and Dart Virtual Machine which is integrated in C/C++.

2. Where can I deploy my Flutter apps?

You can compile and deploy your Flutter application to iOS, web, desktop and android.

3. Is Flutter enough for app development?

Yes,definitely! You can create your own components in Flutter. However, developing the good looking custom UI elements is very simple, and you will work on both platforms Android and iOS. It will make an excellent choice for mobile apps, with advanced and custom UI designs.