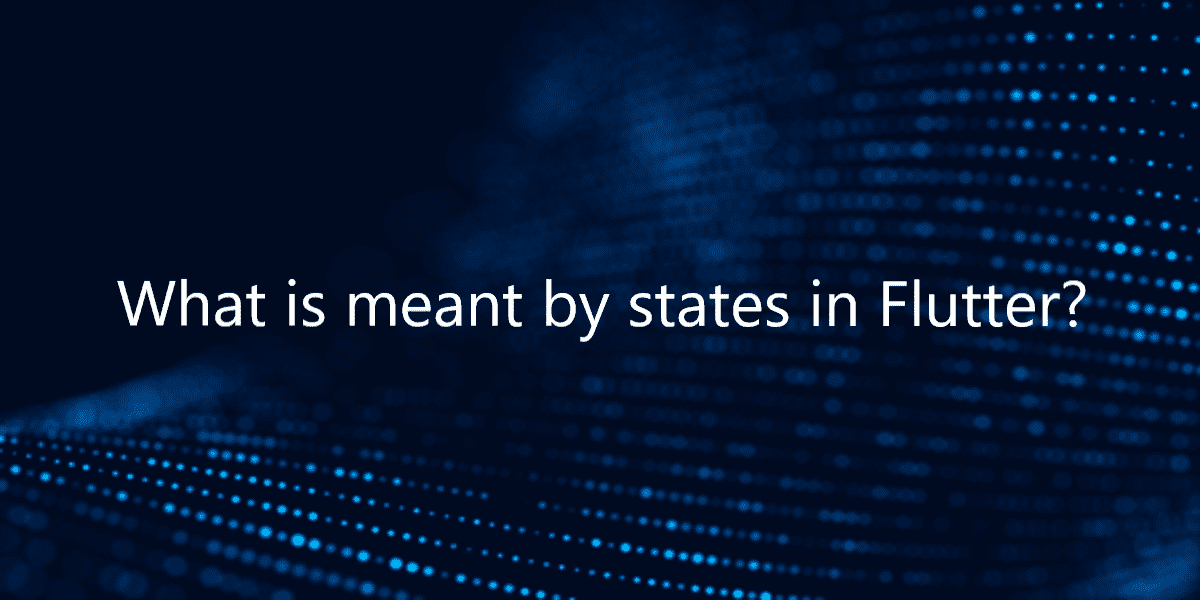 As a beginner in Flutter, you may face some issues in understanding a state in Flutter. You may encounter other problems such as whether to use stateful or stateless widgets? So, in this article, we will see what is meant by states in Flutter.

What is meant by states in Flutter?

Flutter is declarative in nature. It means that Flutter builds its user interface to reflect the current state of the application. The state can be described as “whatever data you need to rebuild your user interface at any time”.

When the state of your application changes (for example, the user changes a switch on the configuration screen), you change the state and activate a new UI drawing. No changes are needed to the UI itself. It changes the state and then the UI is rebuilt from scratch. The states are defined in Flutter in two different ways:

The state that you manage yourself can be separated into two types: Ephemeral state and App state. Below we have defined both the states in detail.

This state is also known as UI state or local state. You can neatly contain this state in a single widget. Developers won’t need to use state management techniques such as ScopedModel, Redux, Provider, etc. However, you will need a stateful widget. You will only need setState to alter the current state. Below, you can see how the currently selected item in a bottom navigation bar is held in the _index field of the _MyHomepageState class. In this, _index is the ephemeral state.

Here, it is completely natural to use setState () with a field in the State class of StatefulWidget. No other part of your app needs to access _index. Also, if the user closes and restarts the app, they won’t mind resetting _index to zero.

To manage the app state, you’ll need to research your options. Your choice depends on the complexity and nature of your app. It will also depend on your team’s experience and many other parameters.

Thanks for remaining with us till the end of the article. So, in this article, we have seen what is meant by states in Flutter. We hope you have enjoyed reading this article. Also, feel free to comment with your suggestions and feedback.

Flutter Agency is our portal Platform dedicated to Flutter Technology and Flutter Developers. The portal is full of cool resources from Flutter like Flutter Widget Guide, Flutter Projects, Code libs and etc.

Flutter Agency is one of the most popular online portals dedicated to Flutter Technology and daily thousands of unique visitors come to this portal to enhance their knowledge of Flutter.