Earlier, we have been through SlideTransition Widget  which is used to animate the position of a widget relative to its normal position so now this is the time for something new widget called ExcludeSemantics Widget.

What is Semantics in Flutter?

Semantics is a widget that annotates the widget tree with a description of the meaning of the widgets.

It is used by accessibility tools, search engines, and other semantic analysis software to determine the meaning of the application.

Seems pretty much exciting about it? Let’s dive into it.

What is ExcludeSemantics Widget in Flutter?

ExcludeSemantics Widget which makes Flutter discard all the semantic information from the widget subtree starting with Exclude Semantics’ child.

In the Above constructor, all fields marked with @required must not be empty. We will understand all properties with detail on it.

How to use ExcludeSemantics Widget in Flutter?

The following code snippet tells us how to implement ExcludeSemantics Widget in Flutter.

What is BlockSemantics in Flutter?

While ExcludeSemantics works in many cases, you can imagine how cumbersome would it be, to add it whenever you open a popup in order to hide the background widget’s features. In such cases, it’s better to use BlockSemantics, which is a more convenient way to exclude semantics of sibling widgets. It’s smart enough to only do that for widgets that were painted before the BlockSemantics child, which means that you don’t need to manually determine which ones should, and which shouldn’t be ignored.

The above code will give us output like below: 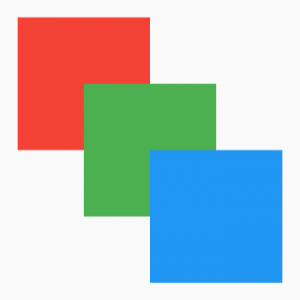 What is MergeSemantics in Flutter?

The last of the useful Semantics widgets is MergeSemantics. Imagine that you have a Container Widget which appears as a single widget, but actually is composed of multiple widgets. We will get into a separate article for it.

In this article, we have been through What is Semantics, ExcludeSemantics Widget, and MergeSemantics in Flutter.

That’s it for today.

Still, need support for Flutter? We Would love to help you.

How to SetUp Emulator For VSCode ?

How to Fix Android License Status Unknown In Flutter?

How to Position Stack Widget in Center in Flutter?

How to Change StatusBar Color in Flutter?