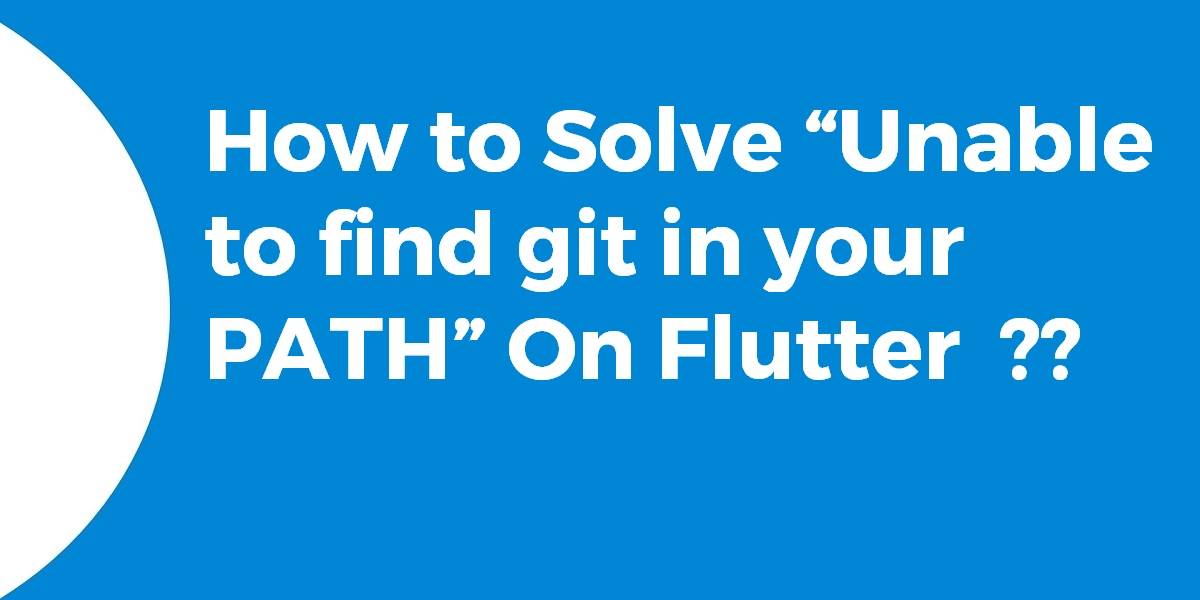 Git is a free and open-source distributed version control system designed to handle everything from small to very large projects with speed and efficiency. So in this article, we will go through how to solve “Unable to find git in your PATH” On Flutter.

How to Solve “Unable to Find Git in Your PATH ” On Flutter ??

User need to install Git using the below command line

to your PATH variable

Do not create a new variable for git but add them as I did one after another separating them by.

If you are windows, 10 users. we’ve tried everything but running cmd as Administrator solved my problem. This may be helpful for others.

You can download 64-bit GIT for windows setup: https://git-scm.com/download/win

You also get a warning when choosing visual studio code during git installation.

Pay attention to that, For me setting visual studio code as default and having multiple User accounts was the issue.

So in this article, we have walked through how to solve “Unable to find git in your PATH” on flutter.

Which Strategy from today’s post did you try first??

or maybe I didn’t mention some other ways possible.

Either way, Let me know in the comments right below 🙂

FlutterAgency.com is one of the most popular online portals dedicated to Flutter Technology and daily thousands of unique visitors come to this portal to enhance their knowledge of Flutter.

5 thoughts on “How to Solve “Unable to find git in your PATH” On Flutter?”